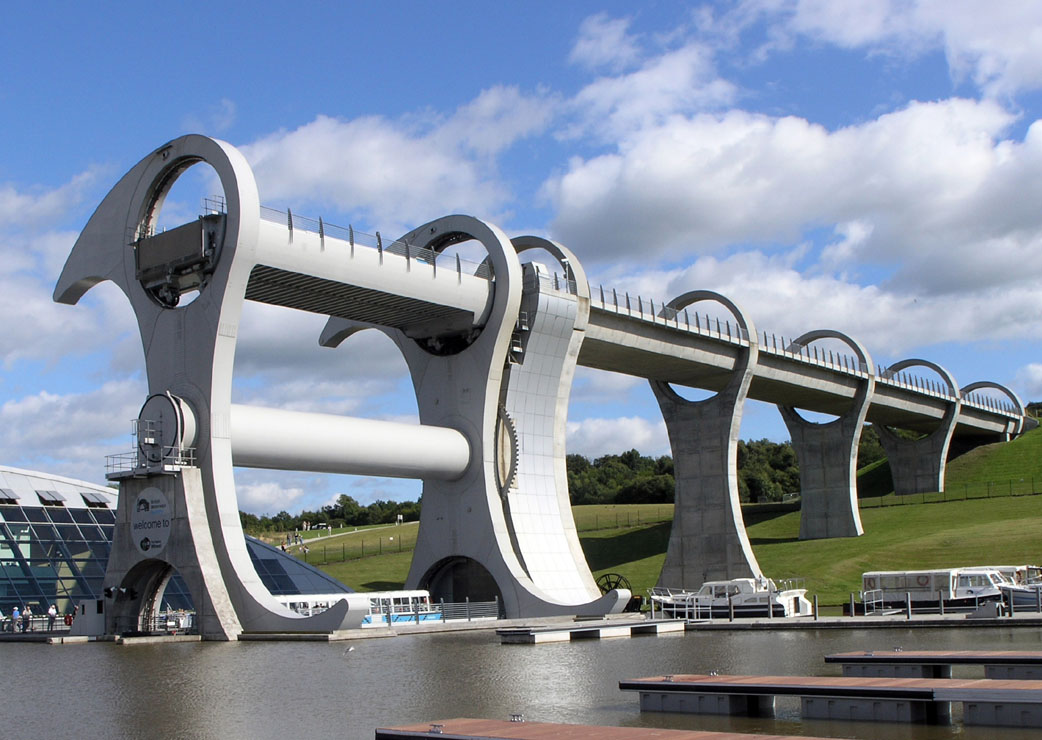 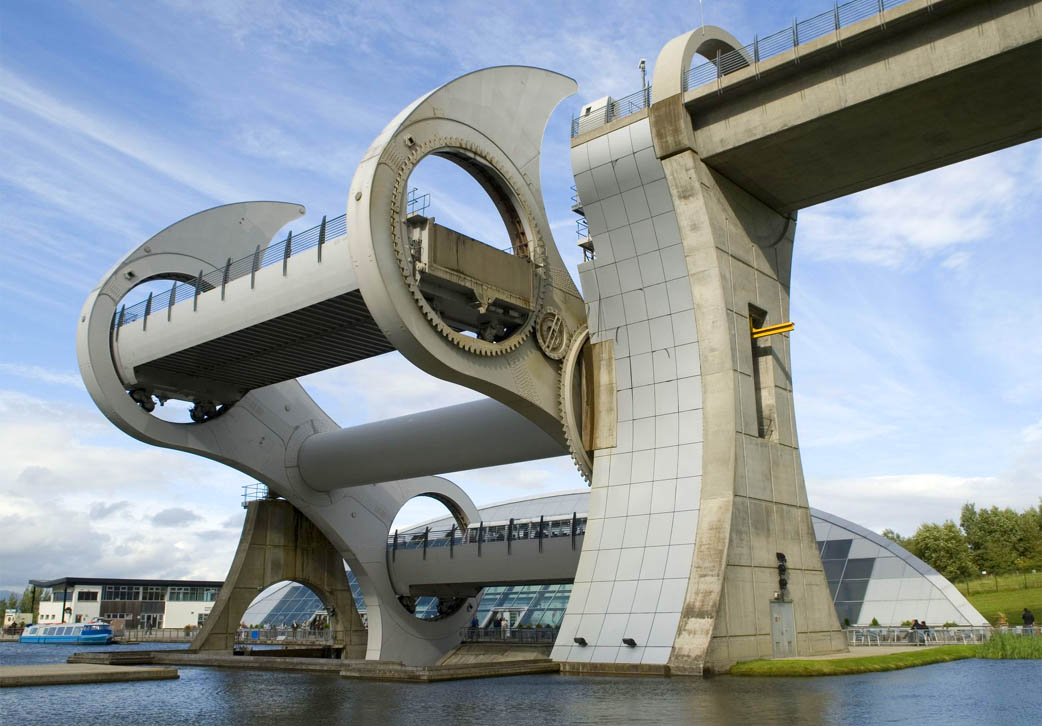 Wright Engineering is pleased to announce that it has successfully completed the repair and refurbishment of the Falkirk Wheel during its planned 2019 closure.

Manufactured in Derbyshire in 1998, the Falkirk Wheel is now an iconic Scottish and engineering landmark. It is in fact the only rotating boat lift in the world and connects the Forth & Clyde and Union Canals in central Scotland. The wheel consists of two gondolas, one at each side of the axle, that are in turn connected to an aqueduct and a basin via a series of seals and watertight doors.

Subsequently, our experienced construction team removed, refitted and commissioned all four watertight gondola doors (each weighing 4.5 tonnes) and bearing assemblies over a three-month period. The doors were lifted using a mobile crane that was attached to four purpose built lifting brackets. This allowed the doors to be raised at 45 degrees whilst being winched carefully away from the wheel.

The contract was led by Mike Tuxworth (Project Engineer) who commented ‘We were thrilled to work on the wheel and equally delighted that it is now complete and can be enjoyed by the general public. Given its unique design, a number of complex engineering problems presented during the works but thankfully, we were able to overcome these difficulties by adopting a collaborative approach. The client is very pleased with the end result and we very much look forward to working with Amco Giffen in the future should such an opportunity arise’.